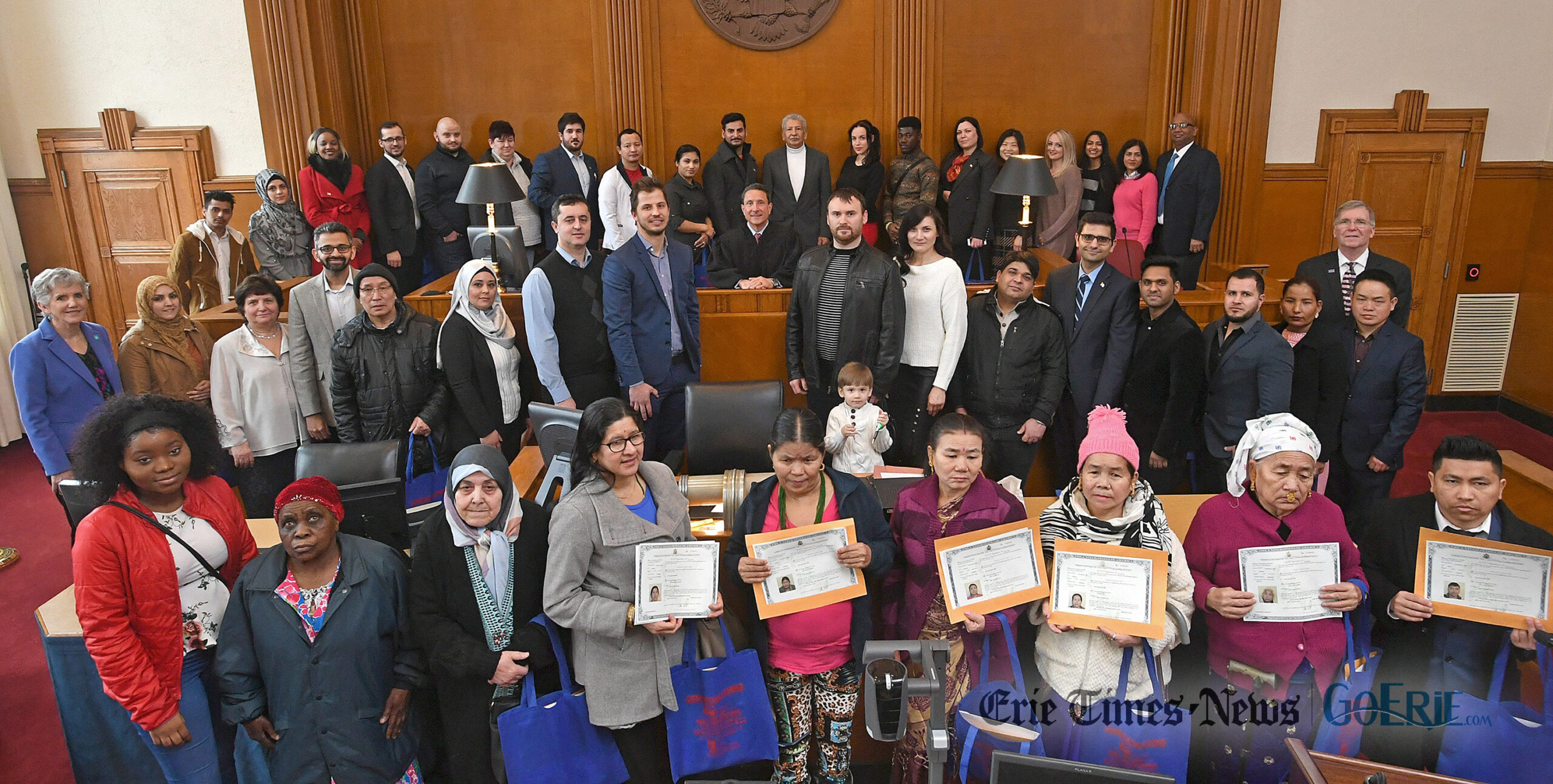 Editor’s note: On November 18, 2020, the City of Erie, PA became the 11th place to become Certified Welcoming. Read more about what the process was like.

Going through the Certified Welcoming process helps cities and countries identify new relationships and collaborations for communities, such as those between government officials, residents, and more. How have you leveraged these partnerships in responding to the pandemic, the Black Lives Matter movement, and the election? How did going through the certification process help your community’s response during this challenging year?

The Certified Welcoming effort has helped to create new alliances and channels of communication between various communities in our city. As part of the process, the City of Erie has worked alongside Erie County, organizations and groups serving new Americans, and more. New partnerships and collaborations have developed that will be beneficial in the long term for the community.

Here are some examples on how such relationships and collaborations have helped our community during this challenging year:

In terms of the pandemic:
The City of Erie collaborated with the Erie County Department of Health to understand the needs of refugees and immigrants. Along with the Refugee Health Case Coordinator, we coordinated Zoom calls between the County Executive, the Mayor, several members of the County Department of Health and specific groups of refugees and immigrants.

From these conversations, the County Department of Health was able to provide translated materials and videos in several languages on COVID-19, including Arabic, Nepali, Russian, Spanish, and Swahili. The County Department of Health was also able to provide a dedicated line for residents whose second language is English, which they could call if they are experiencing COVID-19 symptoms.

In terms of the Black Lives Matter movement:
The City Administration and the Police Department had several conversations with the community via its advisory councils, including The Strengthening Police and Community Partnerships Council, the Better Together Council, the LGBTQ Council, and the New American Council.

Through these conversations, the city was inspired to continue the work of eliminating racism and prejudice in Erie. Currently, the city is seeking to hire a consultant to help the city’s diversity, equity, and inclusion plan into action.

In terms of the census and election:
We collaborated with the City of Erie, Association of American University Women (AAUW)-Erie Branch, the League of Women Voters and Erie County’s Census Outreach Coordinator to hold a census and voter registration drive at various new American-owned businesses, places of worship, citizenship ceremonies and community centers. We are thankful to the members of the New American Council who were willing to serve as volunteer interpreters.

As you consider the work you’ve put into becoming Certified Welcoming, what do you expect to have the biggest impact on residents living in Erie as a result of your certification?

The biggest impact on Erie residents resulting from the certification is that people, especially new Americans, feel that their voices are being heard. They are able to advocate for refugees and immigrants in the city. Having Erie become Certified Welcoming opens doors for greater diversity, equality, and a safer environment for new Americans to live and raise their families.

What are some recommendations or suggestions you have for cities and counties considering becoming Certified Welcoming?

Second: Get a champion or buy-in from your leaders. It’s easier if you get support from those higher-up.

Third: Just do it! As the first New American Liaison in Erie, the city didn’t have a job description for my position. The Welcoming Standard provided me with valuable guidance on ways to make Erie a more welcoming community.